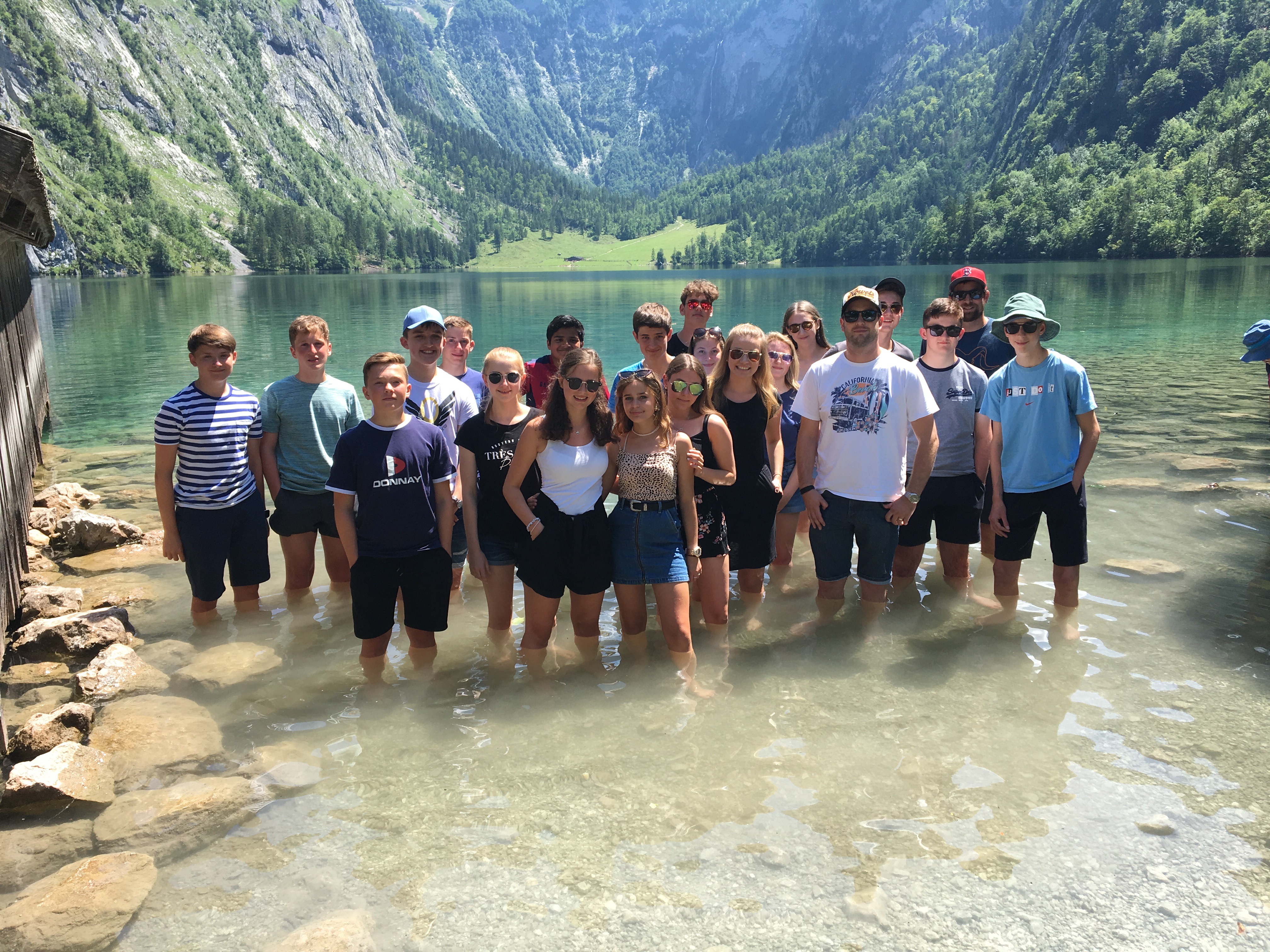 We all met at the school with our exchange partners ready to get on the bus at 8am. After an hour we entered Austria where we began to see the mountains out the window. Also on our journey we passed Salzburg with its famous castle perched on a ridge which unfortunately wasn’t visible from the bus for long. About 30 minutes from Königssee one of the German teachers began to tell us that during WW2 the area we were in was set up as a second capital city and where lots of meetings were held.
Once we arrived in Königssee it was still warm despite being in the Alps. After a short walk we reached the boats which would take us down the 6km long and 200 metre wide lake. It was very picturesque with the mountains and the water which is very blue at this time of year as there is little surface run off from the mountains due to little rain. During the boat ride we stopped and someone played a trumpet which echoed off the sides of the valley. Once we got off the boat we walked to a second smaller lake where we cooled off as it was very hot in the sun. This second lake was just round the corner from the highest waterfall in Germany and the 13th highest in the world. At this point Ruben took some great pictures. After going in the water we dried off and had some lunch with a view which wasn’t too bad. After lunch we got back on the boat to head towards the bus again. After a couple hours on the bus we arrived back in Ortenburg. Another great day with amazing scenery.

Read more of the blog