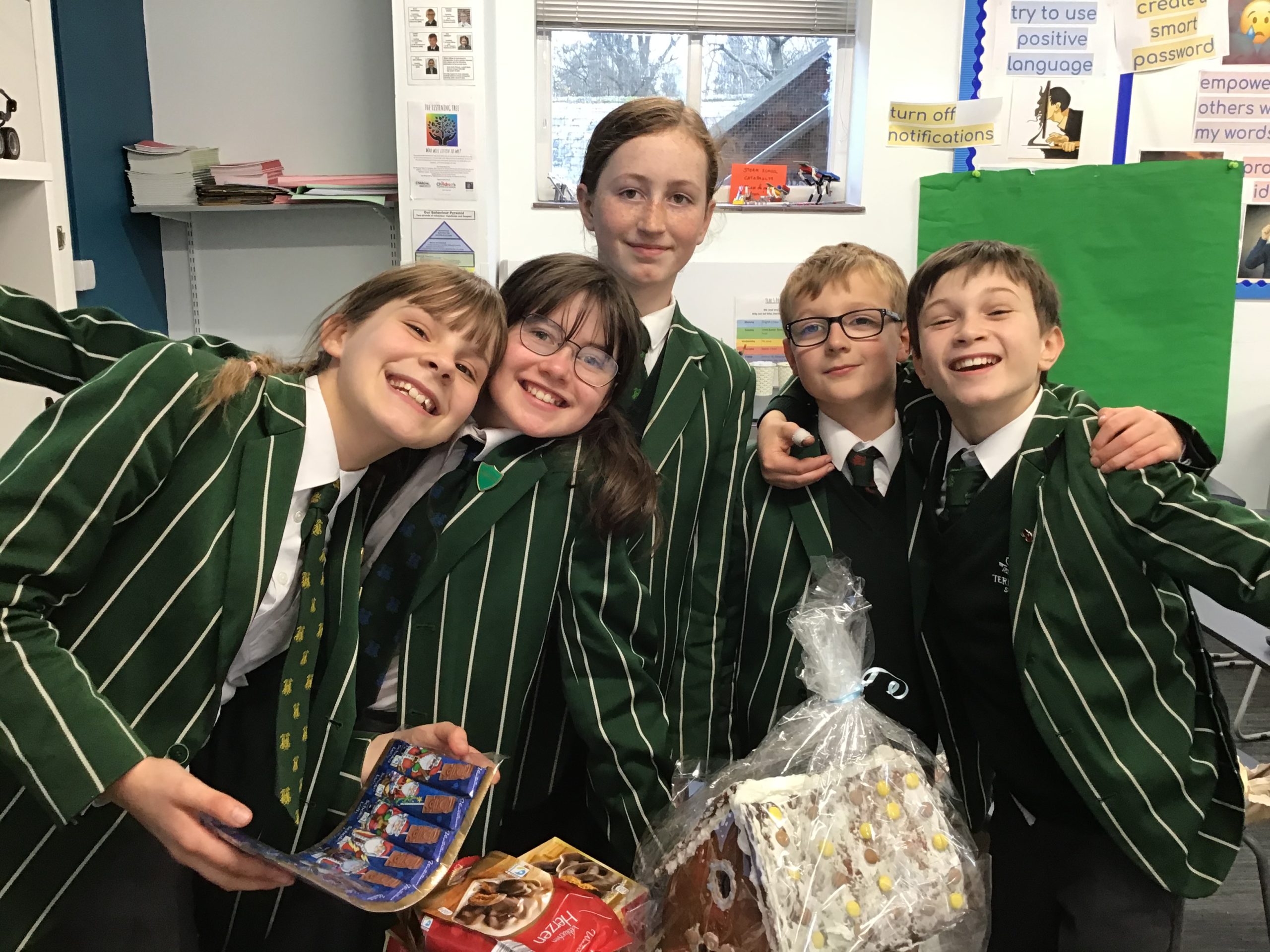 The English teacher at our partner school and I have known each other for many years, since I was studying German at university and spent my year abroad at a school in Hannover, where she was a trainee teacher at the time. We have stayed in contact and when I started teaching German, three years ago, we immediately started planning this exchange!

We initially started with Skype, and now use other types of live conversation with classes, such as Flipgrid films, where pupils discuss topics such as pets, homes and favourite foods. It’s great for our pupils to share their experiences in a meaningful way, and respond directly to each student’s question.

We have also exchanged introductory posters, Christmas cards and letters, as well as parcels containing objects of cultural interest, which the children then discussed. As teachers we have been able to share teaching resources such as shopping leaflets, timetables, magazines, books, stationery, etc.

The highlight has been our incredible trip to Germany and the visit of one of the German classes to our school. This really raised the profile of German in our school and beyond.

Two of the German pupils enjoyed the experience so much that they were even planning to come and spend a whole term at our school, until Covid got in the way. We hope that we will be able to resume these trips in the next academic year.

The main obstacle was the delay with the DBS checks for host families, which meant we ended up not having families able to host. Luckily we had just enough boarding places at our school, but it was a close call… We also found it difficult to find enough host families, whereas the German school had to turn families down, they had so many volunteers!

Other than this, it has all been quite smooth. Both schools are very supportive, and the profile of German is certainly quite high at my school, due to this exchange and the subsequent publicity.

What have been the benefits to your pupils and school community?

Pupils really look forward to receiving letters and cards from Germany. They are so keen to practice their language in these real-life settings, and are proud to talk about their German friends. They have even come up with their own ideas of interacting with them, like filming songs, writing their own letters and filming craft activities. It is hugely motivating for them, and they all want to visit Germany as soon as we’re able to again.

Our German partnership is currently the only exchange at our school, and we often hear comments from those who have chosen Spanish, asking if they can change to German… especially when we seem to be showered with German cakes and chocolate on a regular basis!

We are very lucky to have such an enthusiastic partner school, and our pupils are highly motivated to keep the friendships going as a result. Those who visited Germany last year keep in contact with their exchange partners via Snapchat, TikTok, etc.

The whole school is aware of the German exchange (we are often featured on the school Twitter and Facebook accounts) and we have been in the local press in Germany several times, most recently when we held a joint online lockdown party via Zoom in May.

How have you kept your partnership alive while visits have not been possible due to the Covid-19 situation?

At Halloween, we sent the German class a large box of decorations, food and books, and they sent a huge box of German Christmas home-baked goodies, including two whole Gingerbread houses, which actually survived the trip! This was all planned and organised by the pupils themselves. The German children made Flipgrid films of themselves baking, which we then watched in class. Similarly, we filmed ourselves on Flipgrid opening the box, and they were able to see our reaction to this amazing gift! During a live chat in class they were able to thank each other personally, which was lovely.

We hope to organise our next trip as soon as we are able to, but we will continue in the meantime to plan virtual activities together.

It has been a wonderful experience so far, and to see true friendships forming between the students has been so rewarding.

Check out the gallery of the class opening their Christmas parcel!

This article is part of the UK-German Connection Featured Partnerships series.