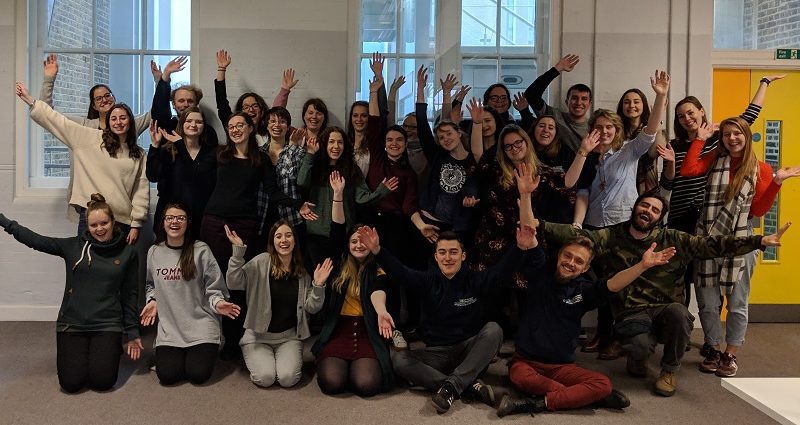 In May 2019, our 2018-19 cohort of Cultural Exchange Ambassadors met once again at the Evaluation Seminar in London.

They discussed their year as an Ambassador, and had the opportunity to present and talk to the group about their projects and experiences. You can read about three of their fantastic projects below:

Environmental exchange: how different are our communities?

Clara and Rhys decided to focus their Ambassador project on the environment & global issues.

To start their project off, both classes sent Christmas boxes to the other school, filled with things to introduce their towns and schools, as well as some Christmas treats! Clara’s class made a detailed map of the Isle of Wight, and prepared an introduction to their school and the UK education system. They sent both of these, along with Dairy Milk and biscuits in their box to Frankenthal. Rhys’ school prepared homemade Gingerbread and Christmas cookies and sent these, along with a map and a booklet introducing their town, examples of traditional Christmas songs and personalised postcards, to the Isle of Wight school.

Rhys’ school then turned their focus to the environmental topics of waste and transport, whereas Clara’s school focused more on water and the ocean. Clara’s class created a detailed Monopoly board to share with the other school, as well as posters. At Rhys’ school, the pupils created a video of the school and recycling system, completed a ‘survey of waste’ (with 182 responses from both staff and students!) and took part in a mini ‘Model European Union’ about the EU’s plastic.

Tom, Jennifer, Maria & Florian based their project on the theme of identity, and explored both German and British identity with their four schools. They used fairy tales and folk legends to explore and compare their own and the other culture’s identity. This was done through recording and exchanging audio files of the pupils reading their favourite fairy tales & legends.

The pupils sent Christmas parcels and introductory letters to the school in the other country, before sharing their voice recordings.

Ellie and Jennifer decided to focus their project on identity and integration. With their two classes, they discussed and exchanged on three different areas: Welcome & introduction, Family & Traditions and School Life.

The schools sent a Welcome Box to each other, including pen pal letters from each pupil and cultural treats. They then considered their family tree, and any special traditions they have which might differ from the other country. Each class then created a video about their school to share with the other class.

“A brilliant initiative by our FLA, thoroughly enjoyed by all participants, most of whom have now opted for GCSE German” (Head of German department)

Thanks to all of our Cultural Exchange Ambassadors for all of their fantastic project work!

Find out more information about the programme