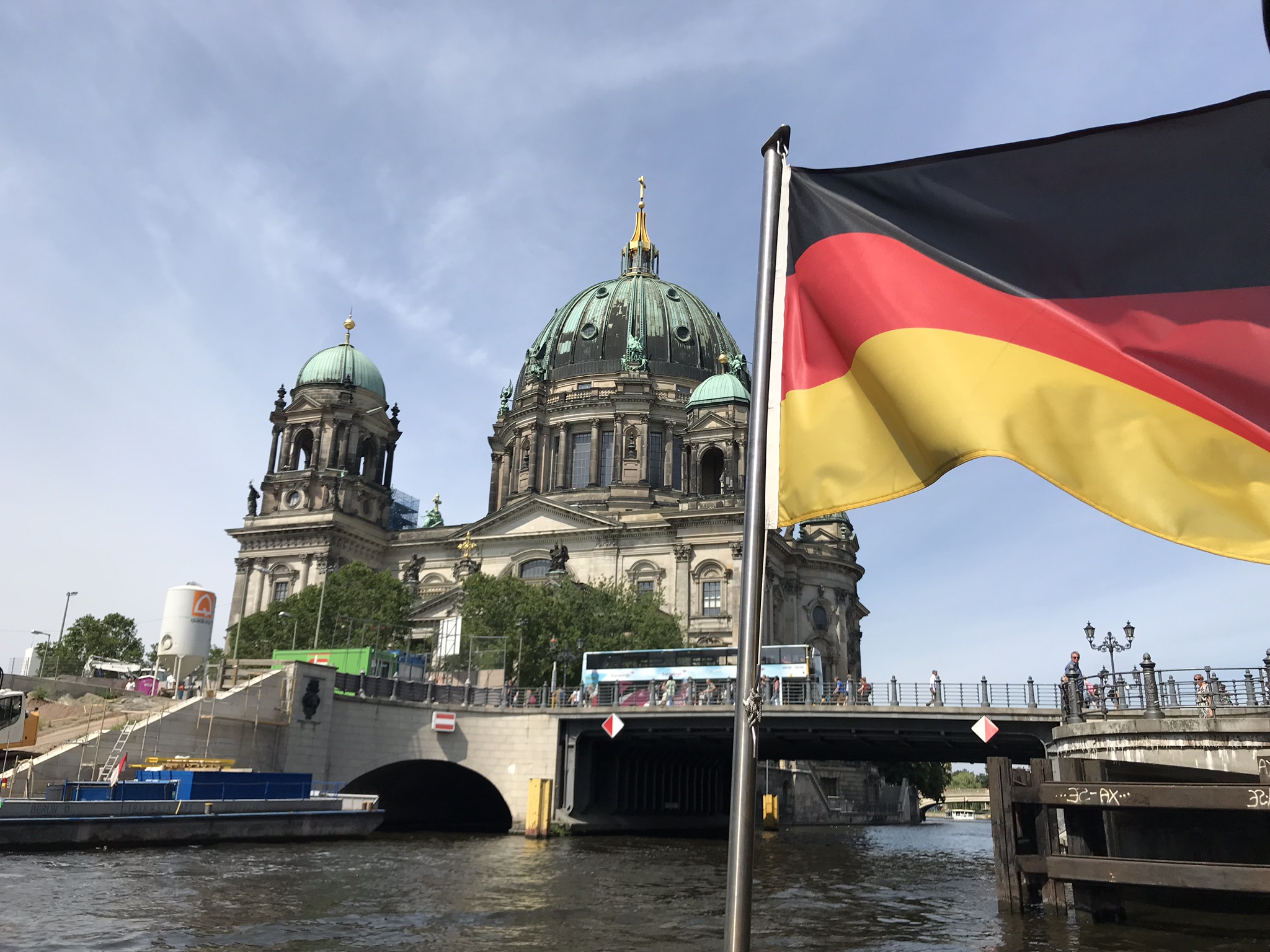 The architecture of Berlin was the focus of this workshop, giving pupils from the UK and Germany the chance to take in some of the capital’s sights and reflect together on the cultural significance of their surroundings.

A boat trip on the Spree

Group leader Clare and her German counterpart incorporated the theme of their joint thematic workshop into one of the group’s excursions – participants and their partners enjoyed a sunny boat trip down the river Spree to take in the architecture of central Berlin. During the trip the pupils took pictures of the buildings and notable architectural features.

In the classroom-based sessions, a ‘reconstruction’ of the boat trip was put together using the photos taken during the excursion including information on what they had learned about the different styles and eras of German architecture. The participants discussed what they had seen and what had impressed them most about Berlin’s architecture. German participants were able to provide their knowledge on their home city and UK participants gave their opinion from an outsider’s perspective. The importance of imperialism in Germany’s history and how it is present in the architecture was explored and gave participants a deeper understanding of German cultural heritage.

Pupils then worked in mixed nationality groups or pairs to produce a poster on their favourite aspect of the architecture they had seen. The East Side Gallery, the influence of mythology, graffiti and street art, classical and neo-classical styles and the contrast of old and new buildings featured in their eye-catching creative work.

It was enjoyable, particularly with regards to the creative aspect…it was good to interact with the German students in a relaxed but educational format.

I learnt a lot about interpreting artwork and about the history behind some of the paintings at the East Side Gallery.

It helped me to develop a deeper understanding of the German culture and to express my ideas in German.