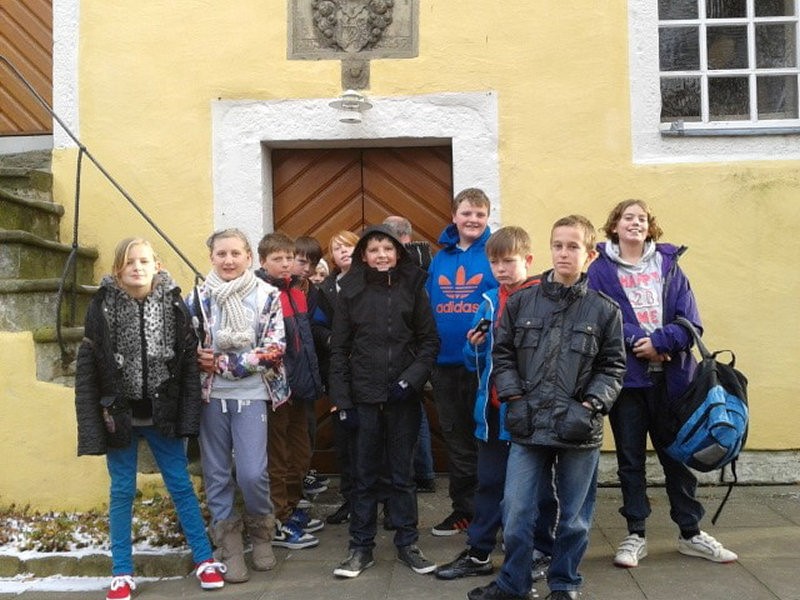 A new focus each year

Towcester CE Primary School and Grundschule Wettbergen have brought their link to life for the pupils by working on a new topic together each year. Richard Camp, Headteacher at Towcester Primary School, tells us how this has worked for them.

My links with Germany started after a contact seminar, organised by the British Council and (then) UK-German Links, in Bad Nenndorf in 2004. There I met Mrs Kling from the Grundschule Wettbergen, who was also trying to find a partner school. Both of us were developing our libraries and despite the schools being very different (Great Creaton, my former school, had 86 pupils and was in a village, GS Wettbergen had 360+ pupils and was in a suburb of Hannover) we got on well together and decided to link the schools. Since then we have arranged exchange visits each year with pupils from both schools travelling and staying with host families. I have also moved schools to Towcester CE Primary (a larger town school) but have kept the link together with GS Wettbergen.

Over the years we have had a focus on the exchange to enable the pupils involved to gain some curriculum activities that can be spread around the two schools. Each visit had a product or outcome that we decided upon and this helped when applying for grants to support our partnership. Over the last 10 years we have done projects such as:

The biggest obstacle was to get the project started and get the backing of the parents as the pupils were only 10 years old and some parents felt that this was too young to do an exchange. We also needed to make sure that the host families were equipped to host a pupil from another country and funding has been a bit of an issue at the new school Towcester Primary, mainly due to the social background of most of the pupils. Here at Towcester Primary there is over 20% of the school on the Free School Meal Register and many families find it hard to fund trips and visits. I have used various charities to try and get funding to help the project along with grants from UK-German Connection and the British Council.

What have been the benefits to the young people involved?

All the pupils involved in the exchange have had a great time and had tremendous opportunities and experiences. They have developed language skills and become much more confident at school and more motivated to take on extra activities. They have also been an inspiration to other pupils in the school, particularly when running an assembly to explain about the project. This has kept the level of interest going in both schools over the years.

How has the partnership made a difference to your school or youth group as a whole?

The partnership has enabled the school to offer a wide range of activities and opportunities to all the pupils and also encouraged the staff to become involved in international events. Since the partnership started we have also been the co-ordinating school for two Comenius projects, and at Towcester Primary we have a week residential planned to France. It has also encouraged us to develop other partnerships including an exchange with a school in Spain. The members of staff who have been on the partnership have come back to school with new ideas and enthusiasm and we have managed to engage the whole school community in these projects. The school (Towcester) is now known in the local community for its international links.

Both schools are committed to continuing the partnership, as we have both seen the benefits to the schools and pupils over the years. We plan to do more projects, the next one on Healthy Living and Healthy Food.

To anyone who was thinking of doing a partnership I would say ‘have a go’. It is hard work with the organisation and application but schools do really benefit from these partnerships. Think of a simple project to start with and then build upon this over the years.

This article is part of the UK-German featured partnerships series.

Think of a simple project to start with and then build upon this over the years.