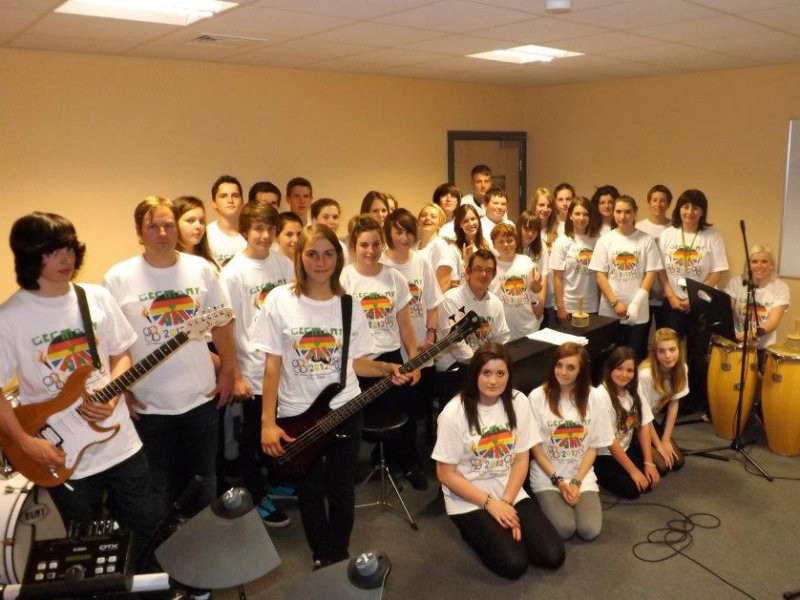 A project gives an exchange shape

Claudia Lorenz from Sirius Academy tells us how working on thematic projects together each year has been the secret to the success of the link between Sirius Academy, Hull and the Hanns-Seidel Gymnasium, Hösbach.

The link started 15 years ago through a personal connection with Barbara Weineck. The link went from strength to strength over the next 12 years while I worked at Kelvin Hall School with numbers of participating students ranging from 10-16 participating students. In 2011, I moved to Sirius Academy, which didn’t offer German, but I took the partnership with me and started off a cultural exchange involving 12 students. There have been three very successful exchanges so far.

There has not been a year when our exchange has not been project-based or collaborative. We always felt that a project adds more substance to an exchange and gives it shape. We have been very lucky in receiving funding most years either from the British Council or UK-German Connection and the projects we have developed for those funding opportunities were always successful and innovative.

Our projects have included:

The problems we encounter in England often relate to the cost of an exchange, despite trying to keep it around £200 per student. Finding students who actually want to participate is not so hard but the price still puts parents off and houses tend to be smaller and there is often no room for a visitor. On the German side, they could bring 50 students – the interest is that high. The most important thing is talking with your German teachers on a regular basis and being truthful.

What have been the benefits to the young people involved

Every year I have been moved close to tears observing the effects of the exchange. Seeing the students develop so much in such a short space of time is amazing, I have observed this in both German and English students and been told that the exchange has been the best thing they have ever done. You can virtually see them growing up in front of your eyes! It is also great to see how much the English students like Germany – for most of them it is their first visit and it is always amazing what a great effort the German parents make to make our students feel at home.

How has the partnership made a difference to your school or youth group as a whole?

The German exchange is an accepted yearly event welcomed by the school leadership and supported by all staff. The impact of its success can be demonstrated by the fact that I have been running a popular German Lunchtime Club for the last three years and German has now been introduced into the curriculum for some Year 7 and 8 classes. We are hoping to gain re-accreditation of the International School Award this year as I have been mentoring other schools.

We have our 15-year anniversary celebration coming up so we will be planning a joint event next summer in Germany. Several students who participated this year want to do the exchange again and of course they are the best ambassadors in my recruitment plan for the future.

This article is part of the UK-German featured partnerships series.

“Advertise the exchange in assemblies or through student ambassadors.”