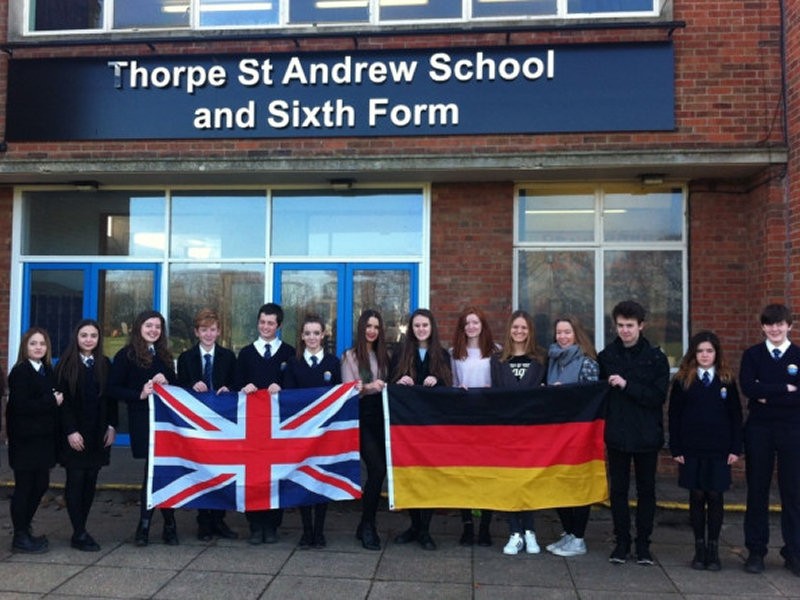 The refugee situation is debated heavily in the press, and two schools used their UK-German partnership to find out more for themselves.

With support from our Partnerships in Learning Fund, pupils from Thorpe St Andrew School and Sixth Form in Norwich and the Gesamtschule Konradsdorf in Ortenberg (near Frankfurt) worked together on a project on the current social and political refugee situation.

They set up UK-German Connection Action Groups for students and staff who were interested in learning about the realities of the refugee situation away from media reports. By conducting interviews with refugees who had received accommodation from Gesamtschule Konradsdorf during the winter, they had a chance to work directly with people affected by the situation.

By working together, the pupils aimed to challenge the negative stereotypes that are often portrayed in the media, and through experience, discussion and debate, they developed young people’s tolerance of and respect for difference.