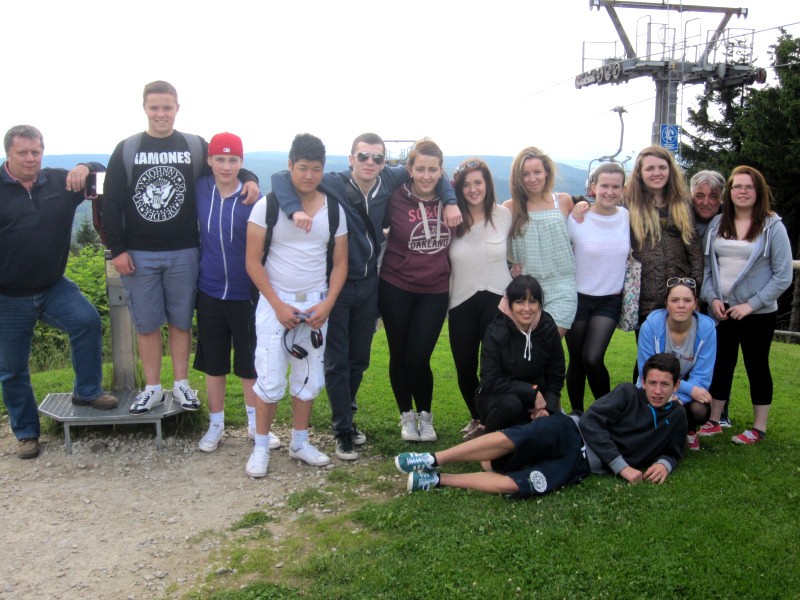 Life beyond the border

What does it mean to be a European citizen? A new youth group partnership from very different locations and backgrounds sought to bring together their cultural experiences to define their European identity.

One visit by representatives of Kreisjugendring Wunsiedel was all it took to convince the Learning and Leisure Department of North Lanarkshire Council that a new youth partnership was firmly in the making. The meeting not only resulted in the formation of the Wishaw/Shotts Youth Exchange Group but was followed up by a project visit to Germany. During pre-visit discussions with the German group about possible activities they could undertake together, one particular theme emerged: due to Wunsiedel’s location, its history as a former East/West German border town proved to be a fascinating backdrop for collaboration. The aim of their first venture was to promote European citizenship and investigate what life was like living on a border.

The thing that surprised me most about Germany was not the differences in culture, landscape and everyday life, but in fact the similarities. (UK participant)

Exploring life along the border

Wishaw/Shotts Youth Exchange Group met once a week to learn about German culture, devise activities for the visit and decide on a programme schedule which would allow them to jointly work with their German peers. During the visit to Germany, the groups visited iconic sites along the border to learn more about life on the border before and after reunification, such as the museum Mödlareuth. The groups prepared a presentation to illustrate their findings – for many of the Scottish visitors, the realities of the German separation were a new discovery. One participant noted that her visit to the village Mödlareuth, which was split in two after WW2, gave her a deeper understanding of how Germany was greatly affected by the consequences of the war, and not just Britain. Due to Scotland’s geography, the Wishaw/Schotts Exchange group were also able to provide a different perspective to living on a border and the notion of being a European Citizen.

But besides a greater awareness of European culture and history, joint activities also ensured that the young people considerably improved their communication and interpersonal skills.

I became more confident in introducing myself to new people. I think that this skill will help me in life in things such as interviews, jobs etc. (UK participant).

For the majority of these young people travelling to, and meeting young people from, another country would have been well beyond their means. (UK Youth Group leader).

Mudflats or the city?