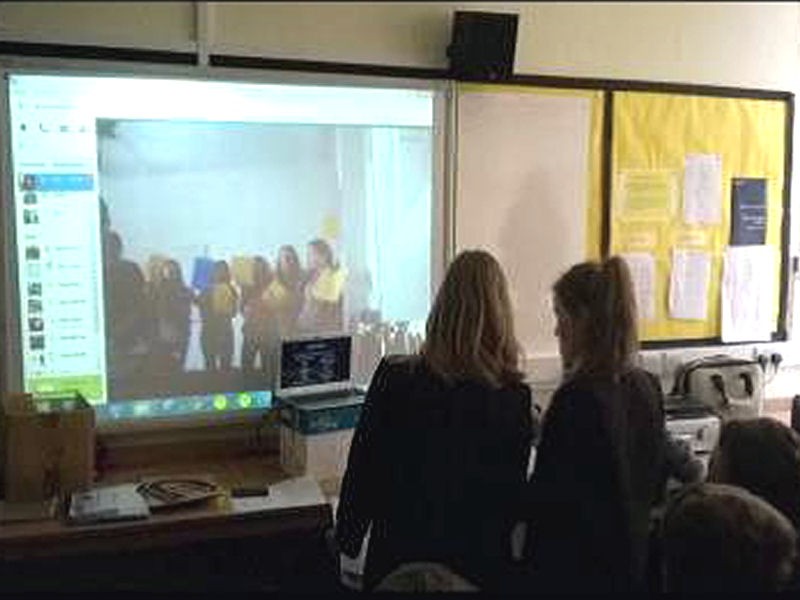 The number of ways to connect and communicate in today’s world has never been greater. Alexandra, an FLA Ambassador in the UK and Wandia, an ELA Ambassador in Germany, took advantage of this variety of possibilities to help their pupils connect with each other. Their project started with a traditional form of communication, a letter exchange, where pupils were matched up with a partner according to their preferences and interests. Once paired up, they then used eTwinning to send their partners messages, photos and videos.

Step two of the project was a video exchange. Pupils in the German group chose topics for their videos and filmed themselves speaking English. The UK group, using some German, created a tour through the school to start their video, moving on to focus on interviewing staff about their views on Germany. After the video exchange, pupils from both groups wrote multiple choice questions for the other class about their countries, including history, politics, geography, language, traditions and miscellaneous fun facts. These were compiled into a ‚Who wants to be a Millionaire?‘ style quiz which was played during a final Skype session.

At the end of the project the pupils created posters representing their activities and what they had learned. The posters are now on display in the schools for everyone to see. In addition to showing the German group the UK pupils‘ video, it was also used in other classes in the German school and sent to interested teachers. Reflecting on the project, the pupils said they would keep in contact with their partners and are more likely to take part in projects involving people from other countries in the future.