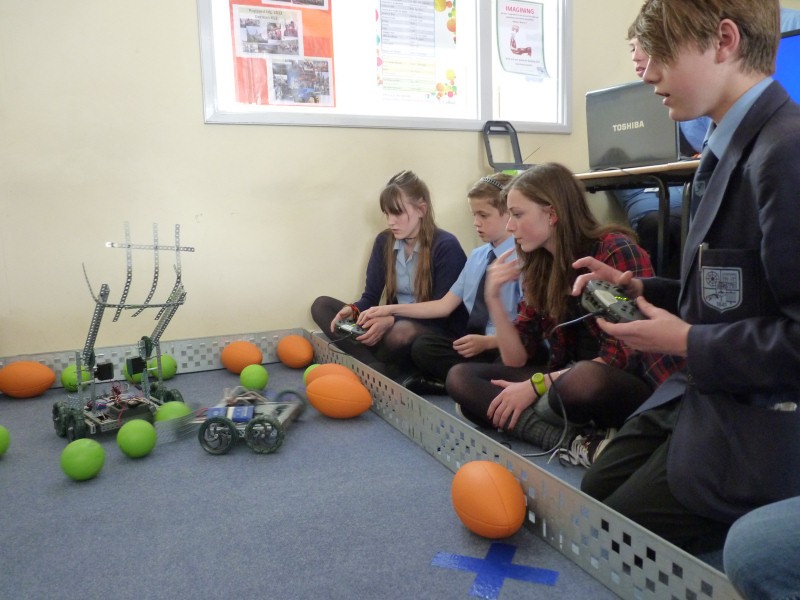 New partners the Anton-Philipp-Reclam-Schule and the John Warner School embarked on a project that used their schools’ specialist IT expertise and facilities whilst promoting languages outside of the traditional classroom environment.

Languages outside the classroom

When the Anton-Philipp-Reclam-Schule in Leipzig heard that the John Warner School was interested in a partner school with a specialist science focus, they leapt at the chance to get in contact. Since both schools wanted a partner that was committed to promoting language skills outside of the traditional classroom environment, it seemed like a perfect match! With the help of a UK-German Connection Instant Impact grant, the new partners began an IT project with their extra-curricular robotics clubs – a field in which the British pupils and teachers already had a lot of expertise.

The aim of the visit to Hoddesdon was for pupils to work together on building VEX robots, whilst learning from each other’s skills and knowledge, experimenting with new materials and overcoming problems together. As well as this, it was hoped that German pupils would gain an insight into UK school life and that students would improve their communication and language skills by working in mixed groups.

Competing with the experts

After their arrival in Hoddesdon, pupils spent the morning shadowing their partners and getting a taste of school life in the UK, before checking out the robotics club facilities. The German pupils were so impressed by the range of robotics equipment at The John Warner School and couldn’t wait to get stuck in with their counterparts. British pupils particularly benefitted from using their language skills to explain what could be done with the new arenas and parts, such as special wheels that can make robots travel sideways. Then the first competition began. In bi-national groups, pupils worked together on creating a robot that could transport tennis balls and, despite the many challenges, successfully managed to build one as a team.

Putting English on the map

After an inspiring visit, the school leadership team at the Anton-Philipp-Reclam-Schule have agreed to fund more VEX equipment for the robotics AG, who are also hoping to advertise and recruit new members to their club. The English department at the Anton-Philipp-Reclam-Schule is also very excited about developing the partnership further and putting English on the map, as the school already has a specialist French focus with bilingual lessons in French.