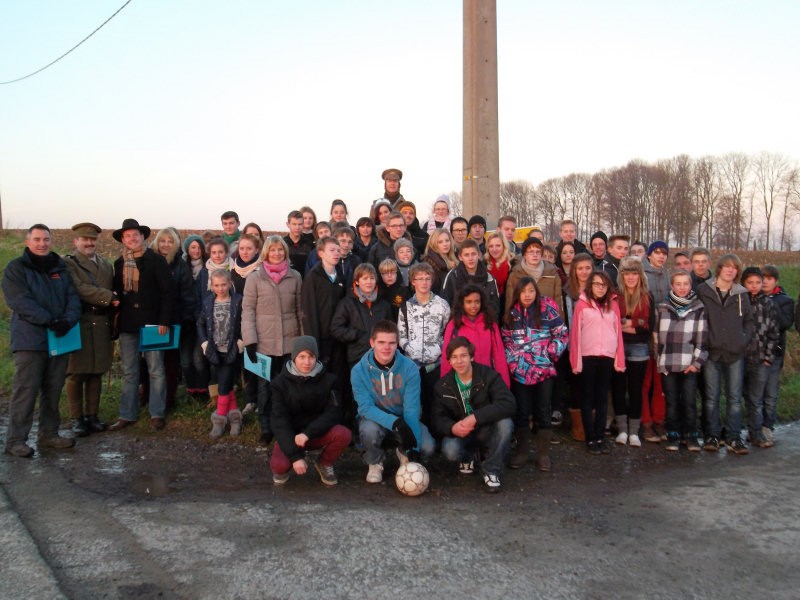 What was the cultural importance of the Christmas Truce 1914? During a joint Anglo-German project, the pupils found their personal answers to this question and re-thought their attitude towards history and the 'arch enemy'.

Mildenhall College Academy and Gymnasium Theodoranium met to challenge historical concepts during their project on the 1914 Christmas Truce. The aim of the project was to investigate the local impact of the war, through a comparison between the UK and Germany. Students were challenged to assess the extent and nature of similarities and differences between the experiences of a locality in Britain and a locality in Germany and to explore topics surrounding remembrance in both countries.

We were anxious to challenge the ‘us versus them’ perception that many of our students had of the First World War, and to focus instead on the shared suffering of soldiers on both sides. (UK teacher)

After many video conferences between their history classes, English and German students got together to take part in trips to London’s memorials and visits to historic WWI sites.  They conducted research using historic resources, which resulted in plans to design an individual memorial to pay tribute to the Christmas Truce. This was crafted together in Paderborn for final display: a sign of peace and friendship between the countries.

We are making a monument that will be around for hundreds of years. (UK participant)

By creating a Christmas Truce memorial, the groups transcended the boundaries between past, present and future: their present cultural collaboration reflected the past situation during the Christmas Truce and the memorial itself set a sign for future remembrance. Challenging stereotypes of the past also dismantled cultural (mis)conceptions and allowed pupils to gain a greater awareness of post-war Europe and the importance of peace and commemoration. Alongside this, the collaborative aspect of the project meant pupils increased their social skills, language ability and international awareness.

In both schools, the project sparked enthusiasm for studying history through international collaboration. It also brought different subjects, forms and teachers together, leading to a cross-curricular aspect and wider school involvement. Media coverage through ceremonies and video broadcasts extended the impact to the general public and the memorial created by pupils from the UK and Germany served as a cornerstone for memory, cultural cooperation, peace and a lasting intercultural friendship.