The ‘Robin Hood of the Seas’! 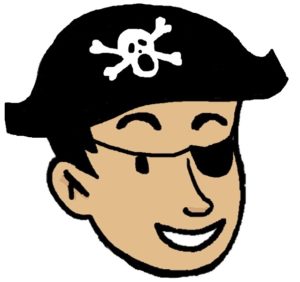 Pirates in Germany? Yes, there were also German pirates and some of them became very famous. But the most famous and fearsome pirate of the North and Baltic Seas was Klaus Störtebeker.

Klaus Störtebeker was a pirate. He and his fellow sailors attacked ships loaded with goods such as gold, tobacco, silks and spices. They killed or imprisoned the crew and stole the treasure. Nevertheless, Störtebeker was very popular because he used to belong to a group of privateers.

The privateers Störtebeker belonged to captured enemy ships for the Germans in the war against Denmark. Their mission was also to steal food and other supplies from enemy ships and bring them to towns that were in need.

Störtebeker was called ‘The Robin Hood of the seas’. The problem was that he and his crew continued robbing ships after the war ended. That is how the privateers became pirates. Störtebeker gave his pirate gang the name ‘Likedeelers’. Their favourite motto was “God’s friends, and enemies of the whole world”.

Due to the Likedeelers and other pirates, trade in the Middle Ages became a risky and dangerous business. The city of Hamburg sent out fleets of ships to hunt the pirates down. After a long battle, Störtebeker and his men were caught near the island of Helgoland in March 1401.

The legend says that Störtebeker made a deal with his executioner: He got his fellow pirates to stand in a row and all the pirates that he managed to walk past after his head had been chopped off were to be freed!

The legend says that the headless Störtebeker managed to pass 11 of his fellow pirates, saving their lives! In the end, the executioner tripped him up so that he couldn’t save any more. After his execution, his head was exhibited in Hamburg beside the river Elbe as a lesson to other pirates.

Störtebeker never told anyone where he had hidden his treasure. Although many people have looked for it, nobody has found it… 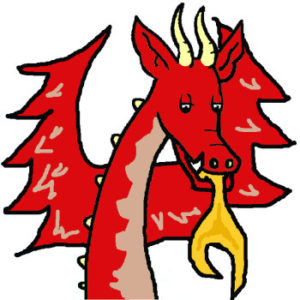