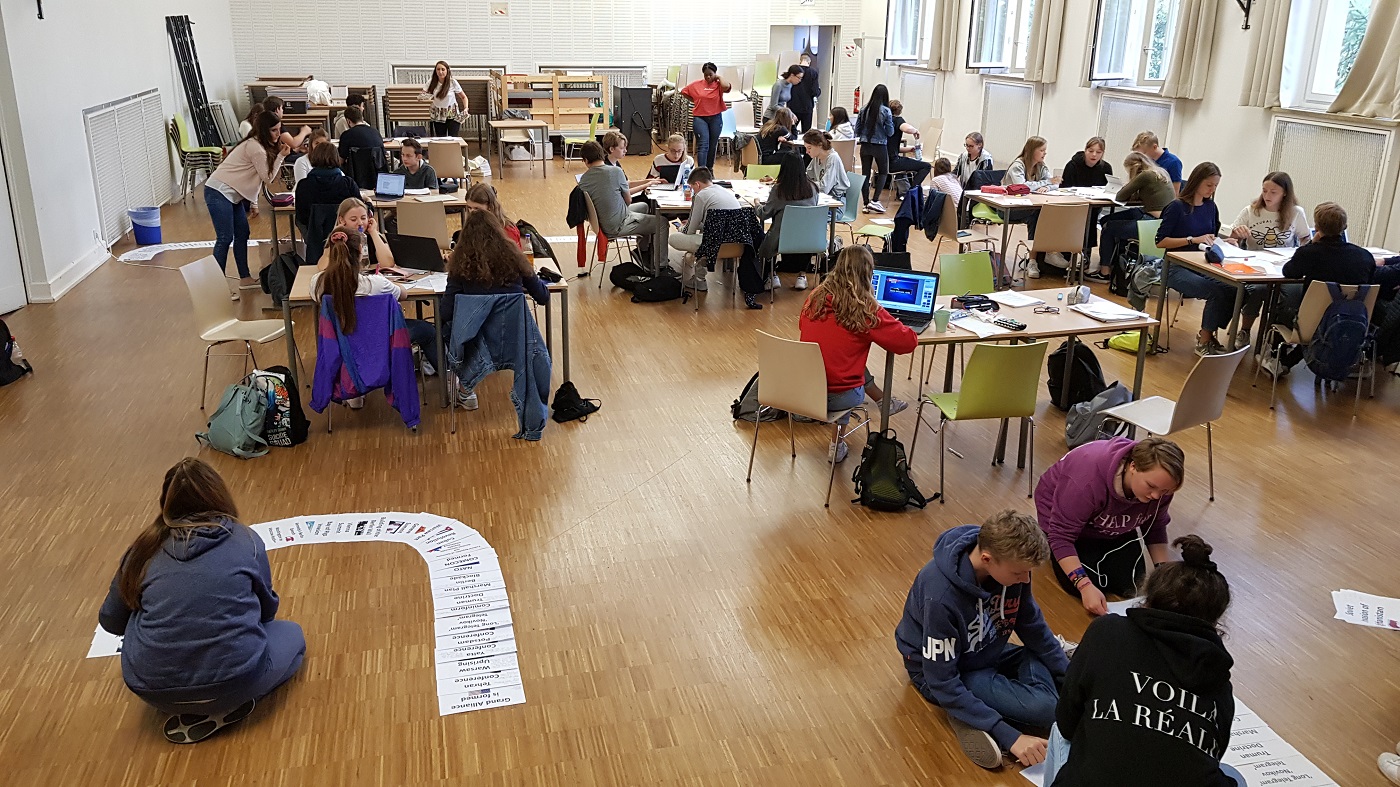 We began in 1984 as a traditional exchange, led by the then Head of Languages at Hall Mead and an English teacher from Paulsen-Gymnasium. Students were hosted by the partner school, enjoying a combination of in-school experiences, time with families, sightseeing and social occasions. Many long-term friendships were formed between students and members of staff. The Headteachers at both schools were both very strongly committed to this venture and became close personal friends. Over time, the range of activities increased; for example, Hall Mead’s music department created the exchange party from orchestra and choir members and presented several performances at Paulsen, whose students reciprocated during their visits to the UK.

Adding to the programme

In the late 1990s the partnership took a major step forward with the introduction of two new initiatives. The first involved a group of Paulsen pupils spending  four weeks each year at Hall Mead following the English curriculum. They would be taught in English throughout and would have lessons in subjects that they did not study in Germany, for example DT and PSCHE.

The level of cooperation, understanding and trust required between the two schools was considerable but such was the status of the partnership by then that staff and parents at both ends helped overcome any difficulties.

The second initiative to be introduced was a three-week work experience programme Hall Mead students taking up placements in companies such as Siemens, Daimler Chrysler, and Deutsche Bank.

These two initiatives continue to this day, many years after the retirement of the two heads and now under the oversight of new colleagues at both schools. New friendships between the two schools continue to grow. The Hall Mead work experience trip has also further developed into a joint learning experience. Hall Mead pupils working in Paulsen now work with the Year 10 ‚immersion students‘ from Paulsen on joint projects, looking at similarities and differences between the two countries to discover how much we share.

Post lockdown and Brexit, we will get these going again and continue to build partnerships and friendships between the schools!

This article is part of the UK-German Connection 15-year Anniversary Challenge: Capture Your Connection, which invited schools and individuals to share their UK-German stories.