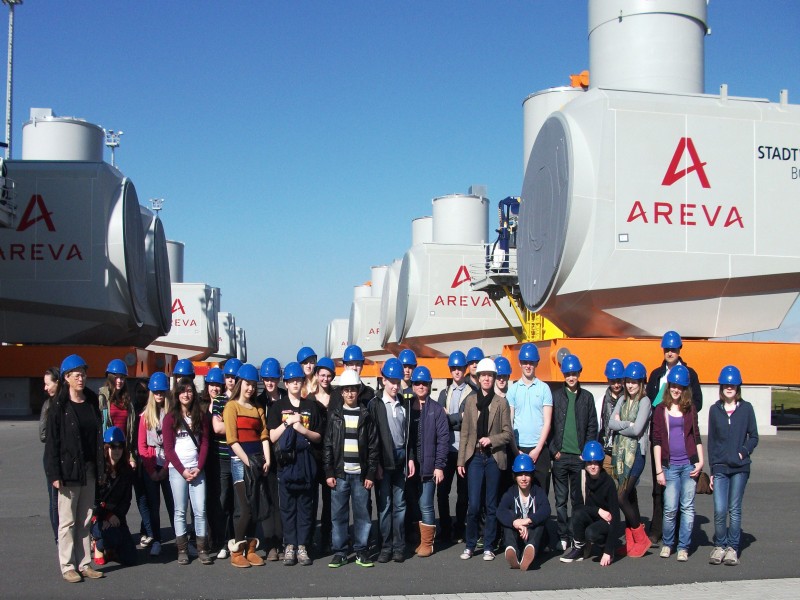 Hornsea School & Language College and Humboldtschule in Bremerhaven have been partners for the past years in a very different capacity – the two schools have previously collaborated on music-centred projects – but with the Humber region expected to receive a multi-million pound investment in the development of support services for large offshore wind farms, STEM (science, technology, engineering and maths) activities took centre stage in 2012. The Hessle Federation of Schools, also located in Humberside, was a perfect addition to the team.

Together we are stronger

Hornsea and Hessle have established STEM clubs in both schools to boost the profile of science subjects. While the development of three major wind farms brings hope for much-needed regeneration, one of the concerns is that local workforce skills might fall short of being able to service the Renewable Energy sector. Bremerhaven, which underwent similar developments in recent years, provided a great example of what to expect in terms of social and economic changes. Fifty German and British pupils collaborated to put the past and future of both regions into perspective.

Well begun is half done

The three schools had a strong vision of what they wanted to get out of the collaboration and organised the project accordingly. Before the visit, all students researched each other’s home location guided by questions such as: „What is the impact of the wind industry?“, with a subsequent presentation aimed to kick-start the discussions. While comparing current similarities and differences was a key component, Hornsea and Hessle were keen to encourage a vision for the future of the Humber region. To this end, students participated in practical workshops, visited both Hull and Bremerhaven University and jointly created a display titled: „The Vision for Hull“. Finally, presentations to peers, parents and the local community rounded off the project.

„Their English was so good and it would be good if we could speak another language as fluently.“

However, learning was far from restricted to the Renewable Energy sector and pupils were equally encouraged to take the opportunity to practice their foreign language skills. Working in cross-cultural groups allowed students to overcome both their inhibitions as well as the language barrier, and one Hessle High School student was even inspired to think beyond A-levels towards a future of living and practising law in Germany.

The collaboration aimed to inform about career opportunities within the wind industries as well as widen horizons not just within the context of the group but the whole school and the community. STEM displays, links to the schools‘ websites, presentations – attended by the Minister of State for Climate Change – and local media helped to publicise the students‘ experiences and findings.