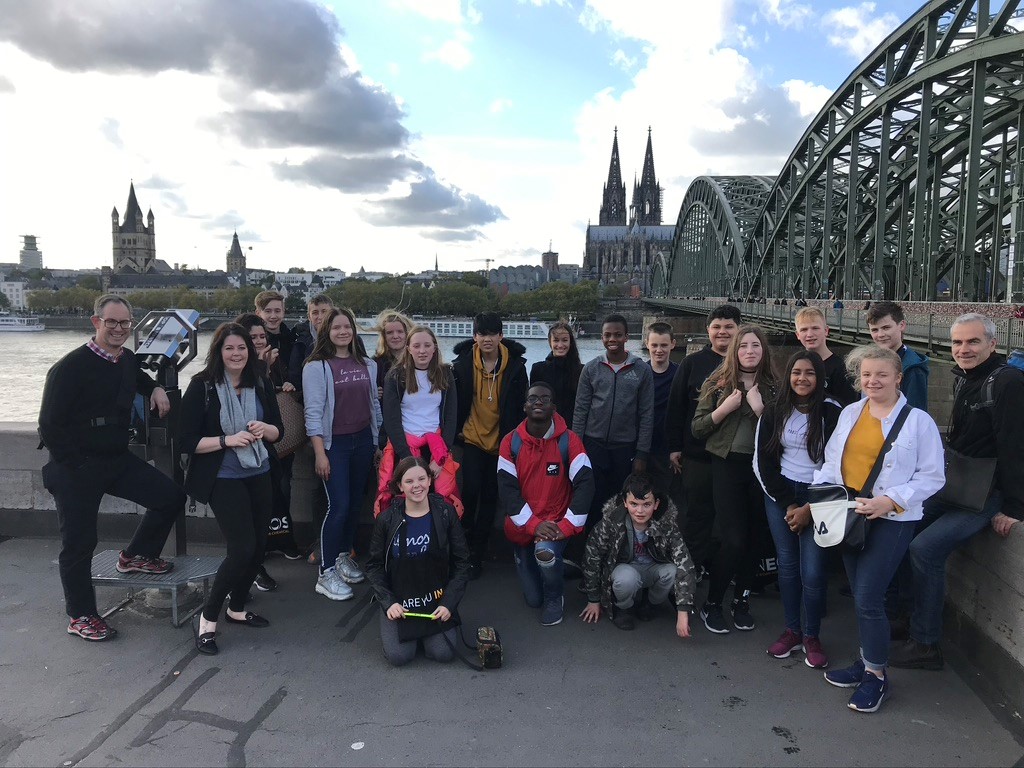 Carmel College in Darlington and Gustav Heinemann Gesamtschule in Mülheim an der Ruhr undertook an investigation into environmentally friendly plastic-waste solutions as part of their European science project. For the past few years both schools have been looking at policies affecting the European scientific community and the environment. In 2019,  their project was focussed on microplastic consumption and the role of industry.

Prior to the exchange and for the first time ever, pupils began by setting up a Whats-app group with their partner school, which they used as a platform for scientific planning. Staff posed questions to students to discuss, with their answers forming inspiration for their project. In particular, students were interested in microplastics within the cosmetic industry and consumer information regarding demand.

While together in Germany and the UK, the pupils were able to delve into their project, through excursions to local recycling plants and areas of environmental interest. In Germany, students visited Dortmund university, where they had access to a lab and the chance to work together on experiments.  Similarly, they visited global plastic producer INEOS in Cologne, with students asking the company questions, on topics such as how their plastic is recycled and about their research into alternative materials. Exploring recycling policies in the UK and Germany proved to be a fascinating topic throughout the trips, leading to lots of discussions and comparisons between the two countries.

In the UK, the location of Carmel College meant easy access to the river Tees, with students undertaking biodiversity surveys of water quality and carrying out practical work on breaking down synthetic plastics in science lessons.

Pupils formed bi-lingual groups to complete a scientific report on local river water quality. They then presented their results to a local audience and their peers. Reflecting on their experiences, both from a scientific and UK-German perspective, the students agreed that intercultural exchange can have a really positive impact on the understanding and awareness of environmental issues and policies.

Being immersed in scientific investigation allowed the students to live as scientists for the week. It allowed them to broaden their perceptions of science, Europe and of themselves. (UK teacher)

With the chance to become European scientists for the week, for five of the pupils travelling to Germany, this was their first ever time on a plane. Exchanging ideas with their peers in two languages and having the chance to share and compare cultures was a highlight of the trip. Similarly, many pupils had not considered science as a viable career option and delving into microplastics within the UK and Germany opened their eyes to a future career within a STEM subject.

As part of the project pupils not only investigated the plastic problem but proposed solutions and shared these with their peers lessons and assemblies. Carmel college no longer uses single-use plastics containers, water bottles or utensils and the school has begun looking into the feasibility of using starch plastic.