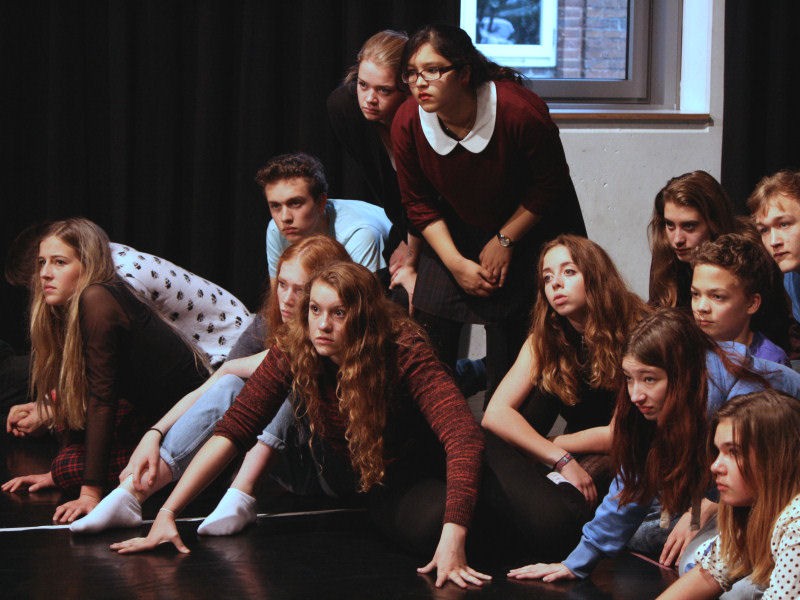 The two youth theatres became partners in 2010 after Kingston-upon-Thames, UK, became twinned with Oldenburg in Germany. Young people from the Rose Youth Theatre travelled to Oldenburg to spend a week with their counterparts to work on a mixed-language production of Shakespeare’s Twelfth Night. The aim was to allow both groups to experience different teaching approaches from their partner youth theatre and to explore the themes of the play with reference to their different UK-German backgrounds.

The young people took part in workshops led by both British and German group leaders, giving them the opportunity to learn a variety of new techniques, such as verbatim theatre and Frantic Assembly. Pupils brought in their own stories relating to the topics dealt with in the workshops, such as bullying, shipwreck, isolation and gender. This enabled them to explore the play from the dual perspectives of their UK- German backgrounds. Having shared these perspectives unique to their cultural situation, they used the differences to create something that the two groups never could have created alone. After two days‘ of workshops, selected pieces were chosen to be integrated into the final of production of Twelfth Night. The performance took place to a local audience of 80 people.

As well as experiencing new cultures and forming friendships, the young people benefitted from learning new theatre techniques and improving their confidence in speaking another language. „I was able to develop my linguistic, communication and creative skills, as well as [learn] the importance of improvisation and using themes, context and culture in influential theatre.“ (UK participant)

An opportunity for professional development

Both groups are keen to make the exchange an annual event. „We are organising a return exchange for the German students to come and experience Kingston, and how we work here at the Rose Youth Theatre.“ (UK group leader). Additionally, the theatres are looking into planning an exchange for the teaching and creative staff, to give them an opportunity for professional development such as learning about teaching techniques and running a youth theatre successfully.