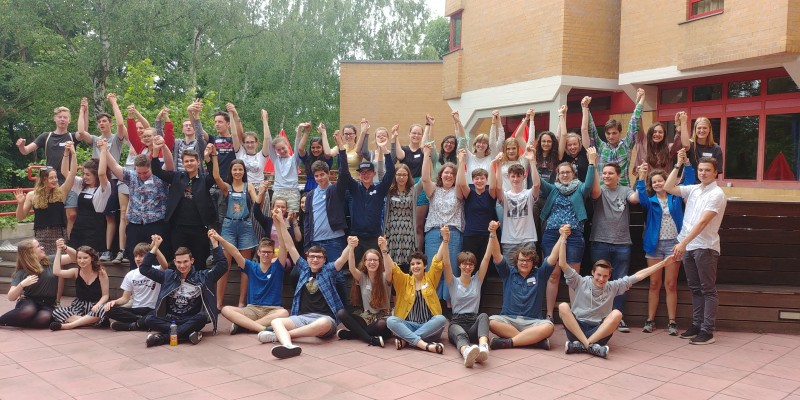 Finding our place in history

The UK-German Youth Seminar ‘Finding our Place in History’ was organised by UK-German Connection in collaboration with Alexander Haus e.V., to celebrate and learn about the fascinating family story of ‘The House by the Lake’, as told by Thomas Harding in his book of the same name.

Finding our Place in History

On 1 – 3 June 2018, 48 young people from the UK and Germany took part in a youth seminar called ‘Finding our Place in History’, based around the themes of history, identity, and reconciliation. These themes formed a thread throughout the whole seminar, with young people reflecting on their meaning and significance prior to, during and after the weekend itself.

‘The House by the Lake’ by Thomas Harding tells the fascinating journeys of several German families living on the fringes of Berlin, including the story of his own grandmother, Elsie Alexander. These stories are a real-life representation of 20th-century Germany, and formed the basis of our thematic seminar.

The participants took part in excursions throughout the seminar weekend to help bring history to life and put the stories of the families in the book into historical context.

A visit to the Alexander Haus: the participants were able to see and experience ‘the House by the Lake’ itself, guided by an expert from the Alexander Haus team. This was a unique experience which allowed them to see how the house had been left as well as how it is being redeveloped.

“Particularly poignant was the first moment we saw the Alexander Haus, because it had already had such deep impact on us from reading the book.” (German participant)

The ‘DDR Museum’: this interactive and informative museum gives real insight into what life was like during the GDR (German Democratic Republic).

Walking tour: after some free time, participants took part in a walking tour of some of Berlin’s most famous monuments, including the Brandenburg Gate, the Reichstag and the Holocaust Memorial.

“I enjoyed the way in which we learned about history in a personal way and how we were able to go to the places where history happened.” (UK participant)

As well as the excursions, our participants also took part in workshops based around the seminar themes.

During these workshops, our young people from both countries were involved in open, in-depth and inspiring discussions. In all workshops, a safe space was created where the participants felt comfortable in sharing and contributing, as well as working together.

I enjoyed all of the workshops immensely, especially when we got to discuss wider ideas and hear how German and British perspectives around the themes and around history differed.” (UK participant)

What do these themes mean to you?

As a preparation task, participants responded to and chose impactful quotes from sections of the book, as well as responding to the five key themes: identity; history; diversity; reconciliation; our shared future. The responses abounded with creativity, depth of thought and artistic talent!

“The dialogue we had running through the weekend around identity and our shared future was really fantastic.” (German participant)

Since returning from the seminar, our participants have been busy spreading the word in their schools and local communities about what they learnt during their time in Berlin, as well as encouraging others to be more open in discussing identity, learning from the past and working together to build a stronger future.

“Coming from a Welsh-speaking school my outreach work has and will impact our understanding of being Welsh and being minority in our own country because we speak the national language. It has emphasised the importance of our identity and our abilities. It has also created a dialogue about what identity means to us, not only as individuals but also as a school and a community; I believe that this dialogue is the key outcome.” (UK participant)

‘Finding Our Place in History’ 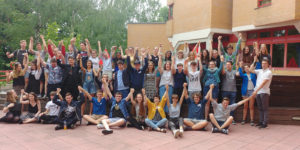 ‘Finding Our Place in History’